Skip to main content
DONATE NOW
Save The Date!
Oktopurrfest

Oktopurrfest will return on Thursday, October 8th, 2020. It is a one-of-a-kind, festive, feline-centric fall celebration, complete with all the fun and tradition of Oktoberfest. Event features the naming of the Feline Festmeister.

We had over 50 nominations for Feline Festmeister, but it all came down to
one with irresistible cheeks. Piezon! 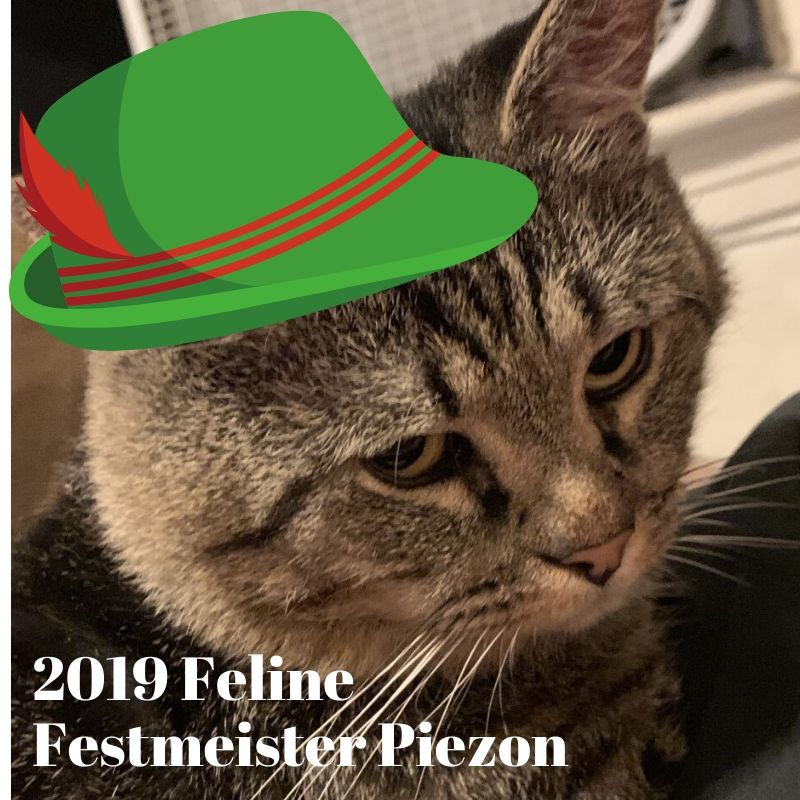 See All the Nominees

Rick has been a full-time, professional musician for more than 50 years. Besides performing as a solo artist (acoustic guitar and vocals), Rick is currently the leader of two renowned bands – the award winning Celtic Rock group, Hair of the Dog, and the wildly popular Beatlemania band, Hey Jude. Rick is also the creator and host of a brand new food, music and travel television series called “I Could Eat.” Expect to have a lot of fun singing along to popular music from the ‘50s and ‘60s, as well as a few well-known Irish songs, Beatles classics and whole lot more. He loves animals, especially cats!

The festmeister, or "festival master," is the leader of Oktoberfest and presides over the celebration. However, the Oktopurrfest Feline Festmeister, generally not tolerant of large social gatherings, music and merriment, presides from his or her home base. This, however, does not diminish the importance or significance of the role. Clearly, someone must be in charge.

The first Oktopurrfest Festmeister was Brian Williams, appointed in 2016. Since that time, Mr. Williams has held the position with dignity and authority. But on October 23, 2019, the hat will be passed on.

We are seeking nominations of a new festival leader.