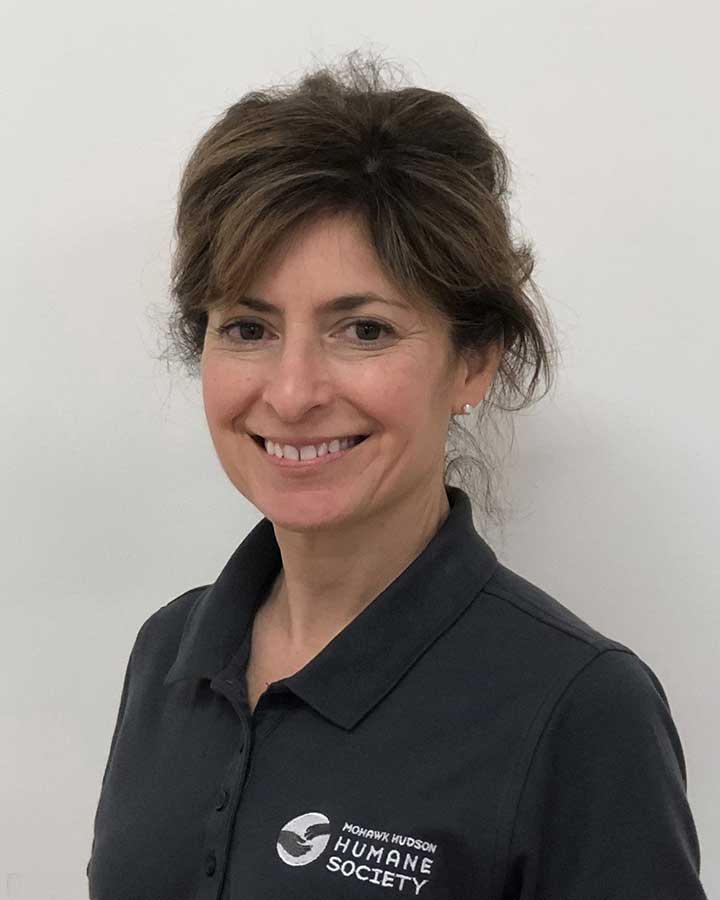 Marguerite's career in animal welfare was founded in a New Year's resolution when she and her husband began volunteering at a cat shelter. As her involvement increased and her love of helping homeless animals grew, she decided to pursue a degree in veterinary technology at SUNY Delhi. She became a licensed veterinary technician and worked briefly at a veterinary hospital, but soon realized that it wasn't quite the same as helping pets with no one to care for them. When a position at the Animal Protective Foundation became available, she was able to marry her love of homeless pets, her knowledge of veterinary science and her degree in communications from Ithaca College. After a two-year hiatus from sheltering, she joined MHHS in 2016 to manage communications and special events, including the Gala for Animals. Her four handsome kitties, all former neighborhood strays, are known as the "Troy Boys."